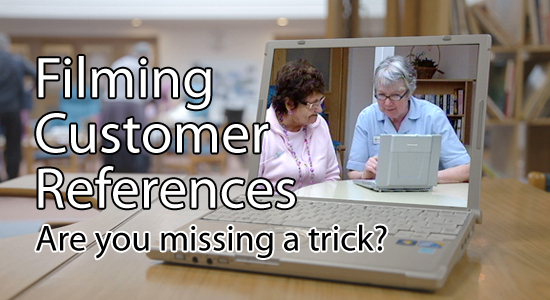 Why you really need to start filming customer references

One of my most exciting and promising contacts came in towards the end of 2012 with an approach from a local agency on filming customer references for a number of blue-chip clients.  One of their largest and more prolific clients that use their services is British Telecom.

The agency specialise in producing a mixture of marketing collateral based on interviews and interactions with their client’s customers.  These marketing tools can be brochures, website content, fact sheets and/or videos – which are ultimately used to help their clients sell more of their products or services. 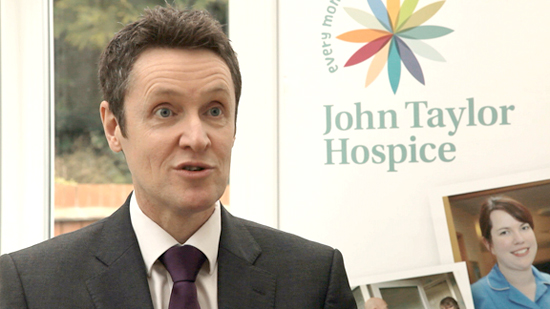 My work for them started with a edit-only job on a short film about ABM Rexel in Spain outsourcing their world-wide telecommunications infrastructure to BT Global. Filmed in Spain by a separate film company, the first task was to transcribe and then translate the customer interviews from which the agency produced a paper edit for me to follow.  Two versions of this film were eventually produced – one with and one without English subtitles.

The second commission was a short film about the John Taylor Hospice who had adopted BT’s N3 Mobile Health Worker technology into their practice in Erdington, Birmingham.  This was partly finished project which required additional and more up to date footage by way of filming customer references and BT representative interviews at the hospice. In a nutshell, N3 Mobile Health Worker is a system which enables health workers to instantly access patient records in the field – and also to enable collaboration with other health workers involved in their care.

The original footage supplied by BT was taken roughly a year before my involvement and consisted of interviews with various health workers who use the technology in their work.  These were all filmed in standard definition so I had to be a little creative in using them against the new high definition interview material.  Insetting these shots into pictures I took of the the mobile device overcame this problem quite well.  I also think the benefits of the N3 Mobile Health Worker technology to the hospice and their patients is very clear from the final film…

The task of filming customer references

Filming customer references and case studies are relatively straight forward filming challenges.  However, the work that goes on prior to filming is key to their success.  The agency are incredibly skilful word-smiths who understand their client’s needs and know how to capture the messages that will result in their clients achieving their goals.  They also fully understand the video production process and the best ways to get the message over using video.  Every shoot is therefore tightly storyboarded and planned – but at the same time they realise the benefits of using creative professionals such as Video Artisan to help direct and craft the content into something with purpose.

I’m now in the middle of the third film for this agency and BT Global which is in the final approval stages.  We’ve also started planning another film which is due to go into the filming stage mid-April – so it looks like this is going to be a regular stream of work for Video Artisan.

I’ll be adding these films to my showreel as each one gets signed off – so keep an eye out for them.